by cartess@cartessross.com // in Squiggly Ventures Blog 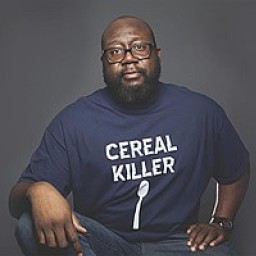 Earn While You Sleep, or You’ll Work Till You Die

A Simple ‘Wealth Generating Secret’ You Can Start Today!

A Simple Course Idea Easily Worth 6-Figures Per Year

Those words are from an excerpt of Steve Jobs’ commencement speech at Stanford University back in 2005. Oftentimes, we get so caught up in what other people think, and because of that, we never reach our full potential.

I knew early on I wanted to be my own businessman. My family didn’t understand it, and my friends thought I was crazy. To them, it was too risky. They all felt a job was more secure.

I thought the opposite. Working for ‘the Man’ was dangerous.

The Man could fire you at will and without cause. Too me, that was to much control for one person to have over my life and finances.

There had to be a better way. So after 4 years in the Air Force, I had to get out. I couldn’t breathe. The routine, the structure, doing the same dam thing everyday drove me crazy.

So like the quote above said, I had the courage to follow my heart and intuition. I drowned everyone else out.

I won’t say it was an easy journey, because it wasn’t … I had a bunch of mishaps along the way. I struggled. Had a car or two repossessed. Been evicted once or twice (might have been three times, honestly can’t remember).

Those lessons (everybody else call them mistakes), made me better. And I certainly had a lot of fun along the way. But isn’t that what life is all about? Having fun, growing self, creating wonderful memories.

As the quote says above, ‘your time is limited, so don’t waste it living someone else’s life.”

You get ONE life. So live it.

Working yourself like a dog at a 9-to-five job, just to keep stuff you probably don’t even want will keep you in bondage. Let it go.

Downsize out of that big house and FREE up a bunch of money so you can get out there and actually have a life.

Folks got half of their paycheck tied up in mortgages and rents and the other half tied up in cars and insurance; now they don’t have much of anything left over to do the things that actually matter the most.

Downsize. Move your butt into a trailer. Sell off one of those cars and free up hundreds of dollars each month … I’d rather have money left over to do the things that matter most to me, versus working like a dog with little money left over.

We got our priorities mixed up listening to what others define success.

You gotta come up with your own damn definition of success. It’s different for each of you. I met this lady who lives in one of those single-wide trailers.

Told me her rent was like $385 per month (and this was designed on purpose). Had an old car that was paid for. She’d work 3-months straight. Saved all her tip money. And would travel and live in another country 3-6 months at a time.

Because she knew what she wanted to do … Because she determined what was important to her, she crafted her lifestyle to suit her needs.

Too many other folks would be more concerned about how they’d look living in a trailer and riding a busted up car.

But she’s happy. She’s successful. She defined her success.

We sold everything we owned to travel abroad. We lived in Medellin Colombia for six months. Because we got rid of stuff and cleared out of debts, we were free to live life the way we wanted.

Took lots of sacrifice to get there because most of the time, I stumbled along and bumped into success with little planning … Dumb luck is what I call it. But over the last few years, I got to a point where I was able to better plan ‘success’ for my business and had much more stability.

But all in all … The purpose of this post is to encourage you to look at your life as it is and ask yourself a simple question.

Are you happy with your life as it is right now?

If the answer is no … Then ask yourself the tough questions and then make a decision to actually do something about.

Didn’t say it would be easy.

I got some BIG changes in my own life coming about … Yep. Very difficult decisions. But nonetheless, they have to be made (I’ll share them with you all soon).

We only live once.

Material things have no value and we can’t take them with us.

Even ‘life’ as we know it in this world will end. But we live on in the memories and stories our friends, family and children will share.

So create some good ones while you’re here on this Earth.

Please log in again. The login page will open in a new tab. After logging in you can close it and return to this page.